As I prepare for Jonah’s 6th birthday party, I realized I never wrote about his last birthday party…OOPS! Nevertheless, it was a great party—not too over-the-top, but still involving my crafty, need-to-create tendencies. So, here’s a recap…a year later.

Jonah wanted a Superhero Birthday Party Theme. Easy enough. Here’s what we came up with… 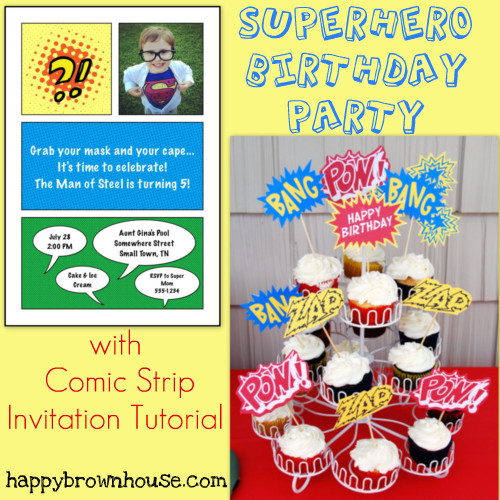 app on my iPhone, I made some super cute invitations. There was a learning curve with the app and it was a little hard to do on a small screen, but it was totally worth it! Visit my Superhero Comic Strip Invitation Tutorial to see details on how to make one for your party. 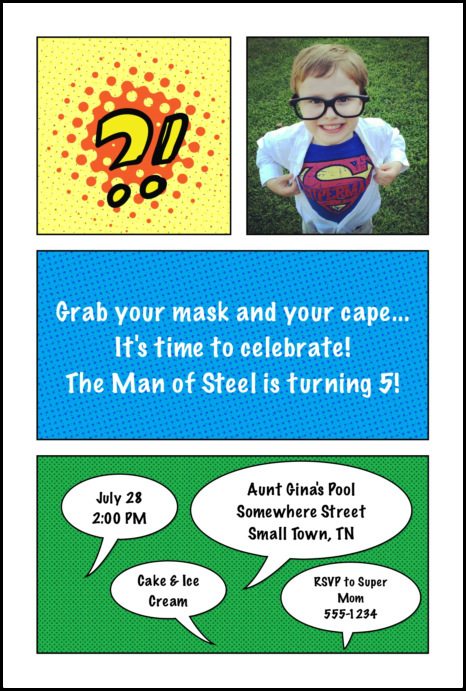 Using the Free Superhero Printable from One Charming Party, we turned regular cupcakes to superhero cupcakes! I simply printed, cut, and attached them to a skewer to stick in the cupcakes. Cupcake toppers are super simple! 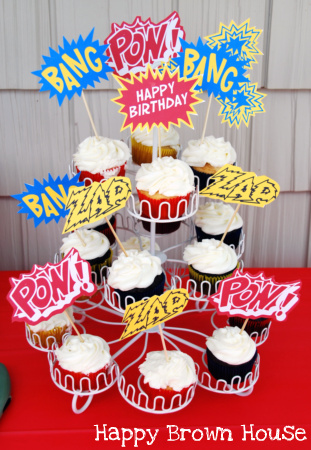 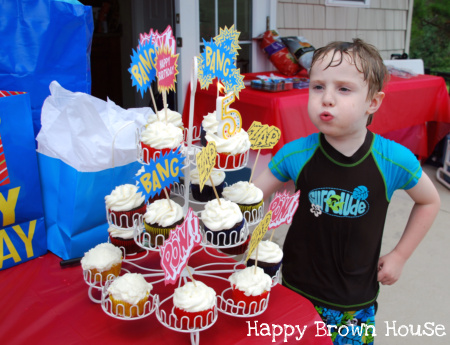 Jonah’s party was not on his actual birthday, so I made a small cake for dessert on his real birthday. He requested a “Spiderman Cake”. I’ll be honest, I’m much better at cupcakes than cakes, but I tried. I basically made a spider web with icing. He was happy. 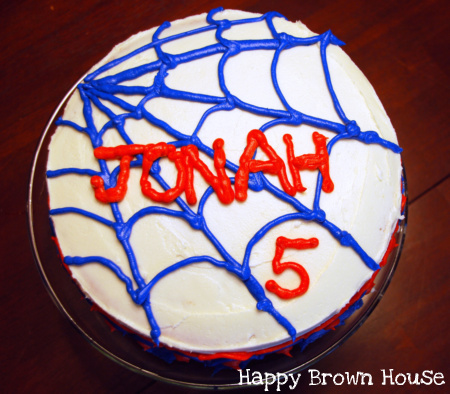 I had grand plans and ideas for making capes and masks for everyone, or setting up a table and letting everyone make a superhero mask, but my inner frugal girl spoke up and put a stop to it. She squelched the desire to set up a Superhero Obstacle Course and a Superhero Photo Booth. We held the party at a family member’s pool. Superhero Swimming was enough activity. That’s all the kids needed. Nobody complained. Amen. Eat that, Pinterest.

P.S.~Forgive me, Pinterest. I didn’t mean it. Really. You make my life a prettier place and my to-do list longer. Love you forever.

I was scrolling through google images of "superhero birthday cakes" and thought, "hey, that looks just like Jonah." And it was! Just wanted to let you know that you are everywhere on the internet....fun!

How funny! Thanks for stopping by!